Don’t Destroy Your Face, Lady — Or Anything Else

On March 3, 2016, I was sitting on a seat in a roadside garden under the bright winter sunshine, with time on my hands, when a young woman - younger than me - sat on the bench opposite. She was not unattractive, and as she spoke to me I fancied my chances of at least taking her to the nearby café, but I noticed that she had faint tattoos on both her hands, and thought better of it. The wording was the same on both: ACAB. If you are not familiar with that acronym, don’t ask.

I have no doubt that in spite of this she was not a horrible person, although she may have been when she was young and rebellious, which was presumably when she had those marks engraved on her hands. Most of us mellow with time, but a tattoo makes a statement about you, one that may not be true 30, 20, 10, even 5 years on from when you commissioned it. Heck, it may not even be true at the time, but a tattoo does make a statement for all the world to see and interpret, or misinterpret.

If there is one thing worse than a woman with tattooed hands it is, well, take a look at this woman, Elizabeth (Forever) Young. 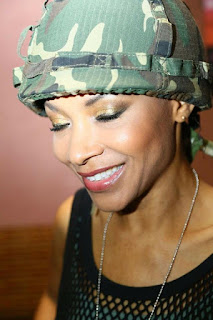 Difficult though it is to believe, this was taken on her fiftieth birthday. Now compare with this one. 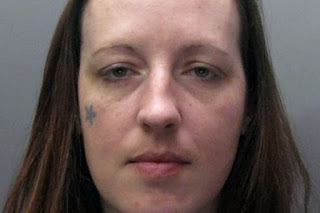 At the time this photograph was taken, Joanna Dennehy was around 31 years old. Even without the tattoo, she looks older than Elizabeth. She has a tongue stud too - yuk. Like Elizabeth she is also an unusual woman, though for entirely different reasons: she is that rarest of rare birds, a female serial killer.

Okay, so perhaps the comparison is a tad unfair, but take the point, if you had to choose, which of these women would you say had blood on her hands?

Tattoos are not always inappropriate, no one bats an eyelid at a sailor with tattooed arms, but tattoos on the neck, legs, really on any other part of the body, are to be avoided for men, and don’t let’s mention women. Then there are body piercings.

A woman who has pierced ears or even double pierced ears is one thing (as is a single pierced ear for a dude), but look at the way some women today are going way over the top. Then there are other piercings, it’s difficult to believe that any woman would pierce her navel or nipples, but there is far worse than that, including for men.

Finally, nasal piercings are a no-no. Okay, an Indian woman who has a single traditional stud, maybe, and at times this can be forgiven in a Western woman, but a woman who has studs in both sides of her nose or a pierced septum...why not go the whole hog and stick a bone through it like a stereotypical cannibal?

I have many, many regrets in my now sixty years, both of things done and of things not done, but one thing I have never regretted is not getting that tattoo. And if you get to my age unblemished by this indelible pigment, you will feel the same way.