Here is how you tell real victims from head cases. The attractive young woman at the top is Elizabeth Smart. In June 2002 when she was 14 years old, she was kidnapped from her bed at knifepoint by a religious fanatic and his equally mad wife. 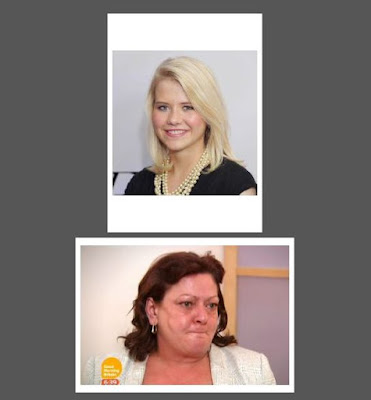 She was raped repeatedly over a period of months. She is now married and the mother of a daughter.

The not so young woman claims when she was 7 or perhaps 8 years old, Rolf Harris indecently assaulted her briefly, in a matter of seconds. She has never recovered from it.

The real victims get on with their lives, often in stellar fashion. The head cases never move on, including from assaults that never happened.